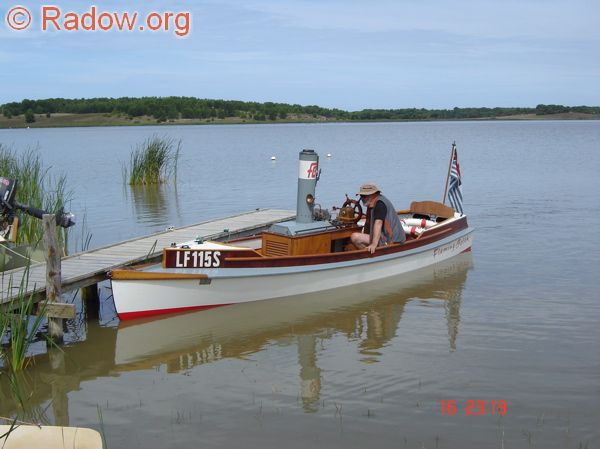 I have been experimenting with monotubes over the past 10 years, and this is the most successful to date. Boat speed is around 6 knots at 120 psi, using 14"x23" propellor. 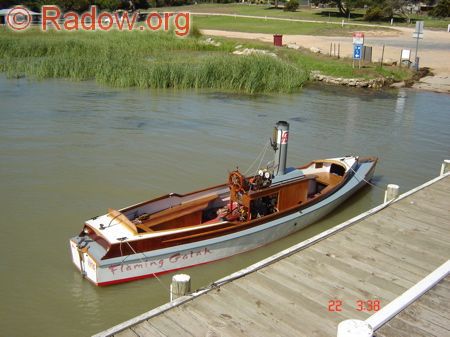 Picture 2
I built the boat 15 years ago, starting with a wreck of a hull and a home-made engine, and used second-hand materials as much as possible. Unable to afford the cost of a new watertube boiler, I decided to try a monotube, starting with an old steam-cleaner. This had a large steel coil (120 ft x 5/8" bore) but was tricky to use... it would either prime badly, or overheat, with masses of superheated steam. When it eventually rusted out, I tried several different versions using small- bore stainless steel ( 4.8 mm 316 ) but found that pumping effort was draining too much power. Also, my inefficient engine used too much steam!

Last year I rebuilt the engine with new cylinders, pistons, and a piston valve to replace the worn-out slide valve. Had trouble getting timing right ( not enough lap, too much lead), but it now runs like a sewing- machine. The copper monotube makes steam quickly, using radiant heat from the burner (the stainless coils needed much more direct heat) and is controlled using a thermostat (cut-out) on the burner). This keeps the steam at an acceptable temperature. 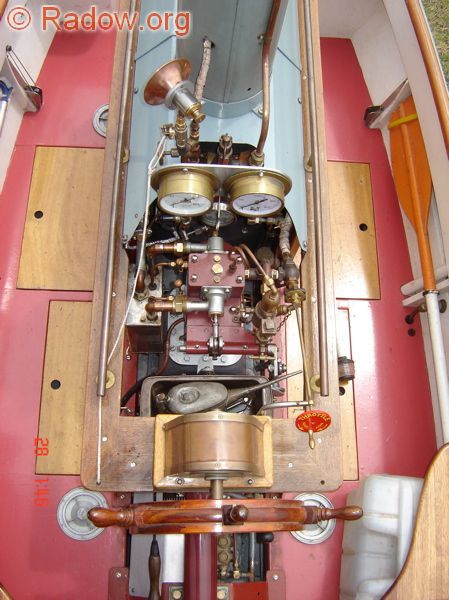 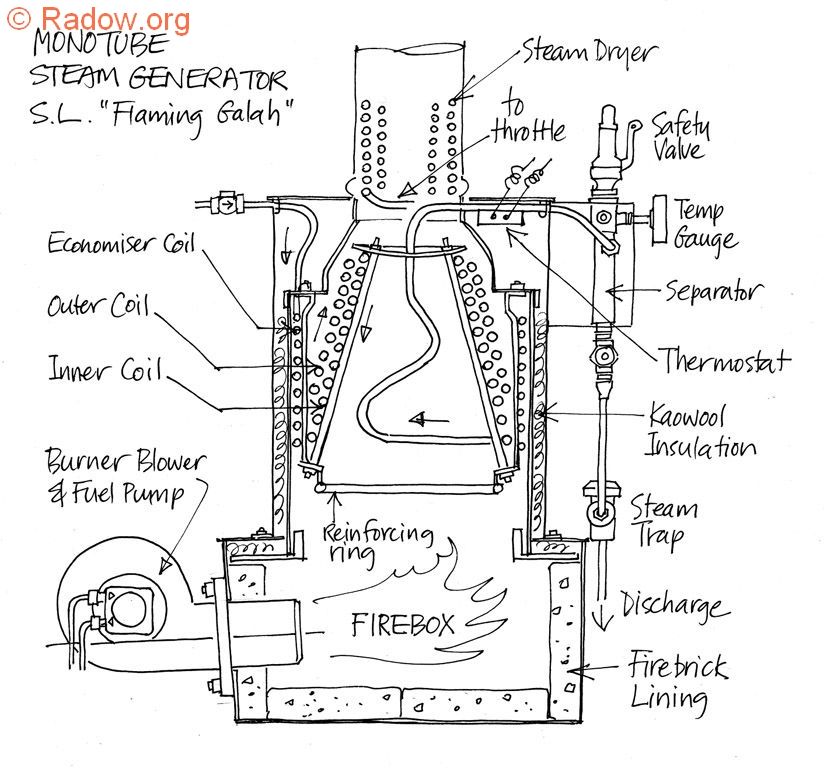 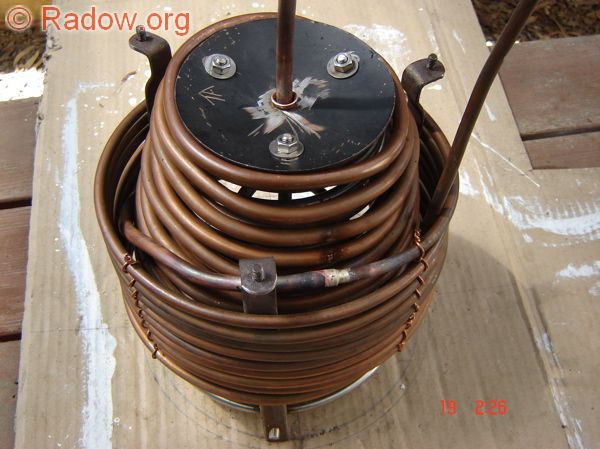 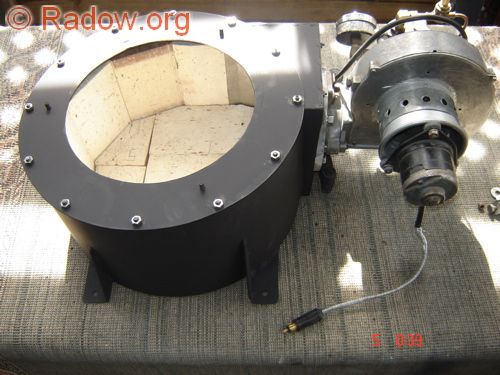 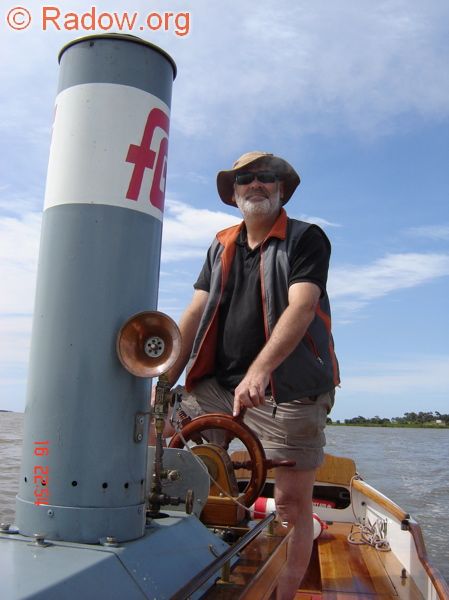 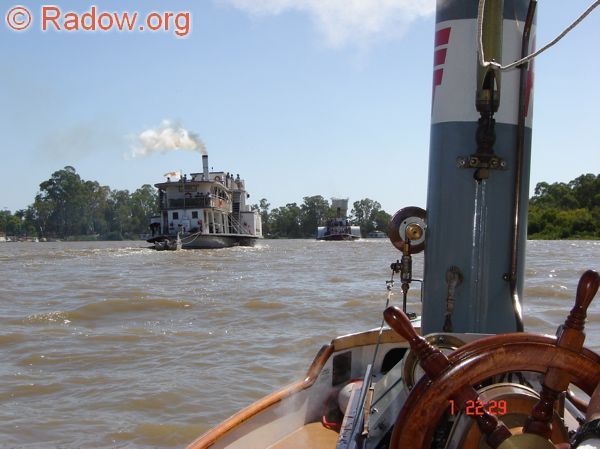