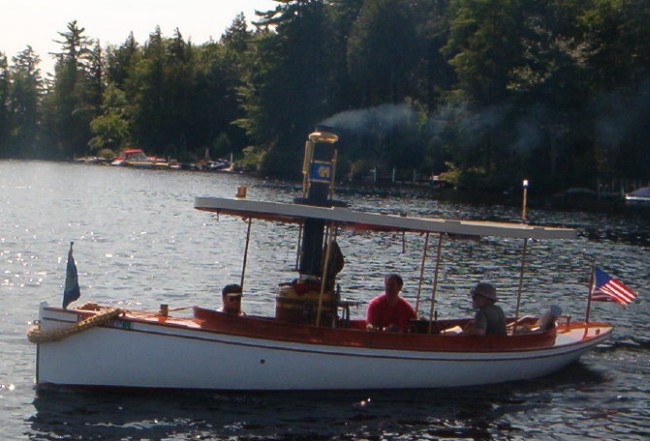 Picture 1
Dear Rainer:
We finally launched "Memry" late summer and were able to join the fleet at Lake Winnipesauke for the annual week long fest of 60 launches of every size and configuration. The triple expansion engine ( 2 3/4x4 3/8x 6 /12 x 4) ran beautifully from her first sea trial. The vertical fire tube boiler has a double wall stainless steel furnace which brings in air at the top throughan air control shutter, and then down the inner space to provid preheat. We run on oak wood, which here is Maine is abundant. The hull took us about two years to build; cedar on oak frames, mahogany deck and a Brazilian hard wood for the interior. THe engine we built from castingsand plans provided by Elliott Bay Steam Launch in Portland, Oregon. The measurements for the plans were taken off an engine built by a genteleman in Canada. They were unfortunately not created with CAD asnd as result there were errors which didn't appear until assembly. This winter we'll do final finsihing on the hull and canopy and some adjustments to the engine. Having used your Dampf 33 in our fianl valve adjustments, I thought you'd like to see pictures of the (almost) finished launch.
With kind reghards, Cordially,
Mac Schetky 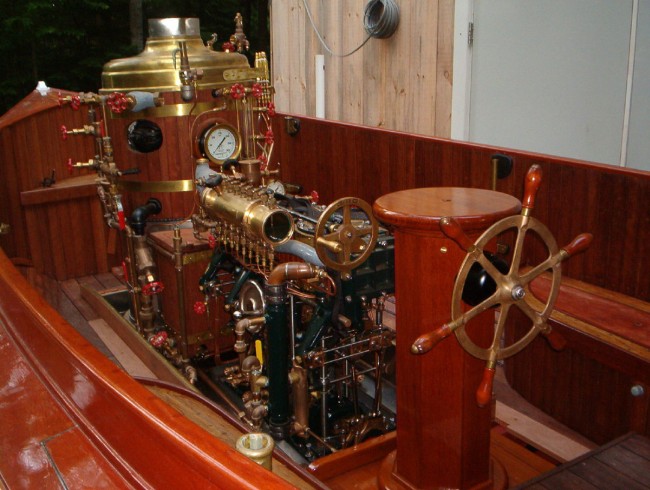 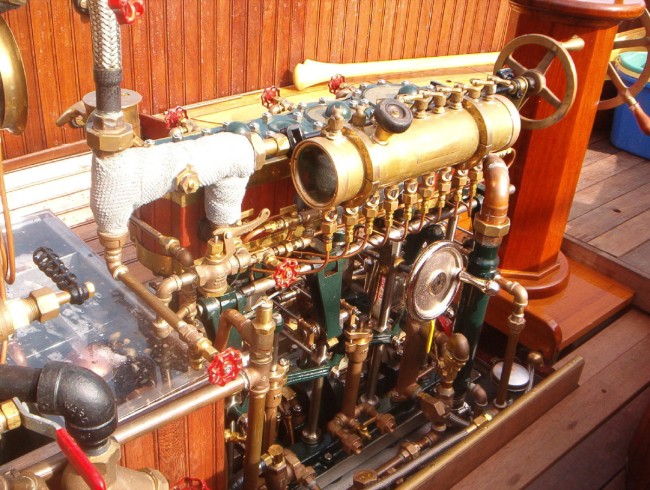 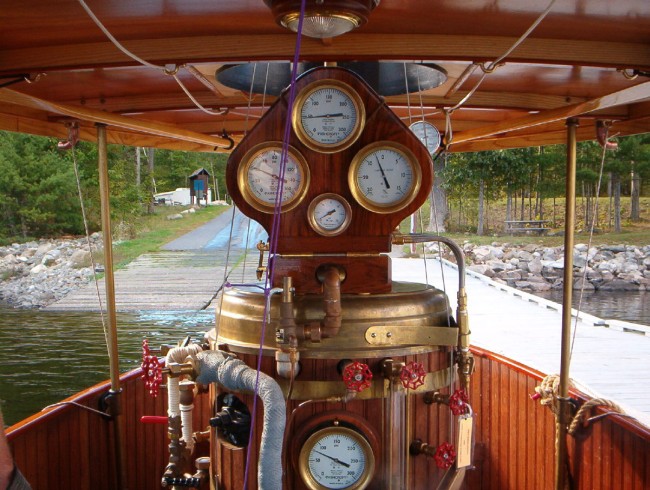 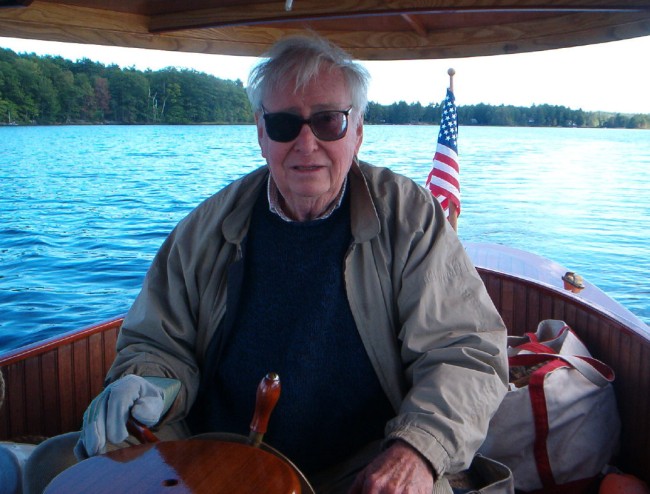