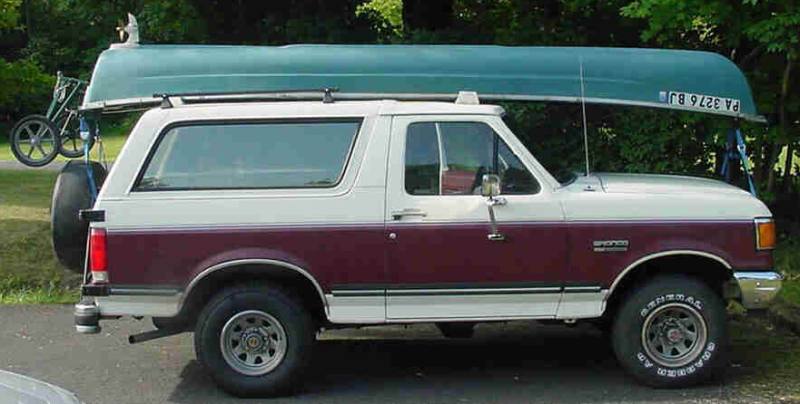 Figuring out how to unload and setup a steamer from a cartop mounting was a challenge. I made sure any individual component would not require more than 50 pounds (23 Kg) lifting. 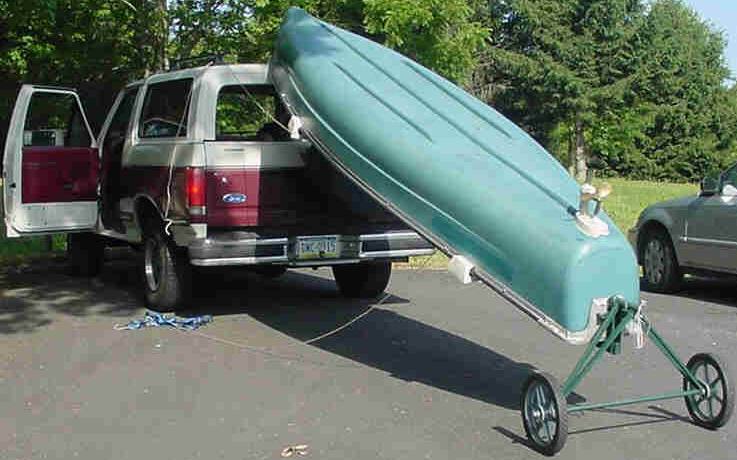 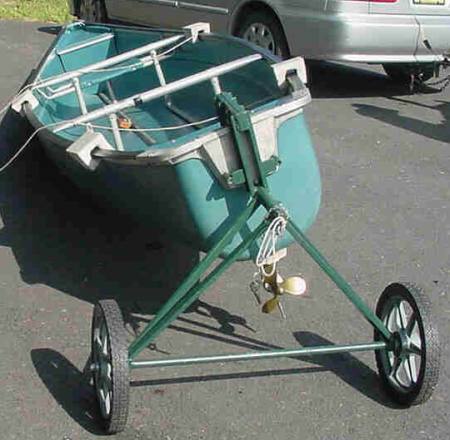 Picture 3
After releasing the rear wheel set pin, allowing hull rotation to place the bare hull upright, and attaching the midship wheel set, I had a boat that could be rolled up to the tailgate of the car. Heights were set so that the boat sheer line and the tailgate were at the same elevation. 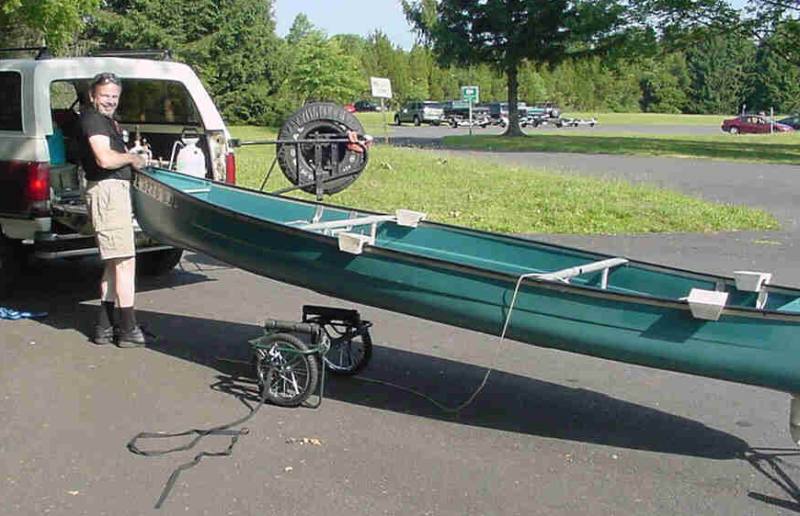 Picture 4
Needless to say, all of this is much more work than a simple small boat trailer.

The steam plant, (boiler, engine, pumps, and feedwater heater, feed filters) were all mounted on a single sheet of plywood, again about 100 pounds. This would slide off the car tailgate, and onto one of the cross member beams of the boat, really very little effort. Then I would tilt the steam plant and slide it into the hull, for attachment with "U" bolt type latches. Always less than 50 pounds to handle. 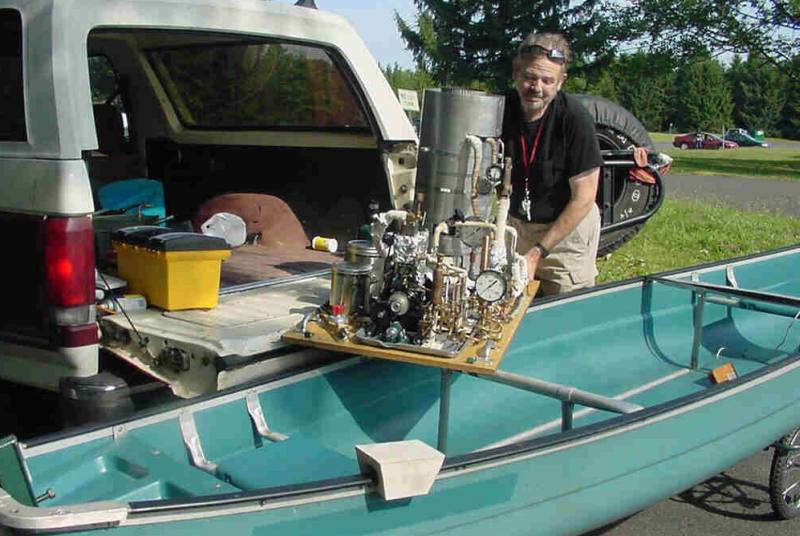 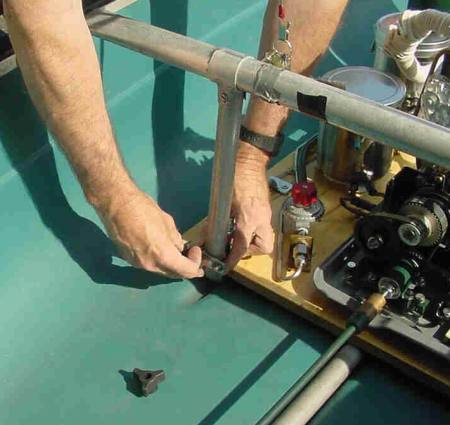 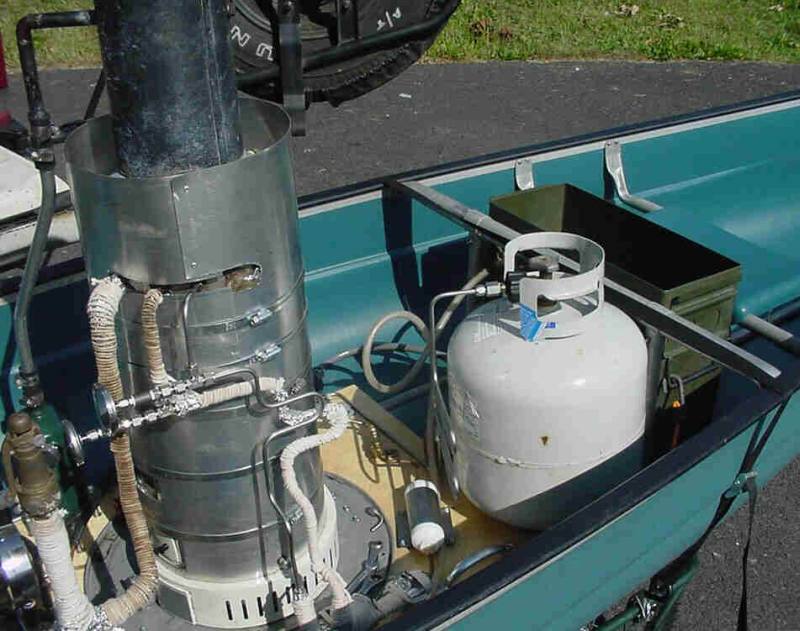 Picture 7
After attaching all the other items (Propane tank, feedwater tank, about 10 gallon jugs of pure feedwater, lunch, anchor, etc.) I could easily roll the unit directly into the water with no problems. The entire assembly weighed about 350 pounds (160 Kg) without passenger, and most of the weight was on the forward wheel set, so the stern could easily be lifted to point the boat in any desired rolling direction. The rear wheel set protected the propeller drive unit during launching 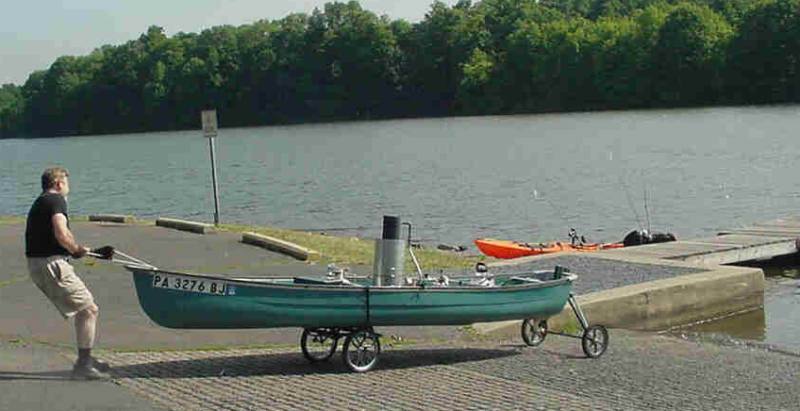 Picture 8
After launching, the wheels (front and rear) would be removed, although the boat could be run with them in place if the underwater conditions were unknown. 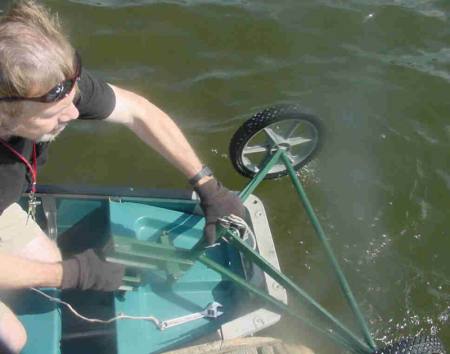 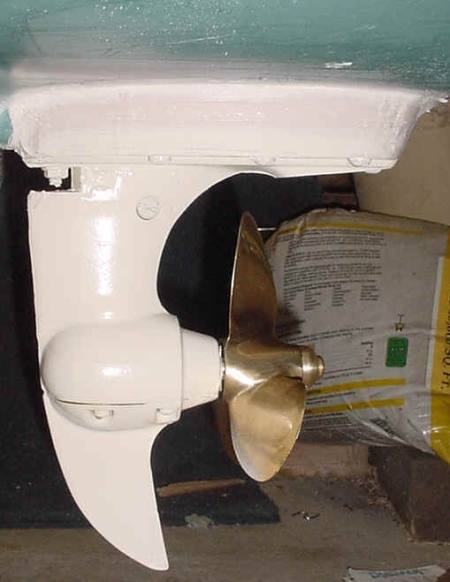 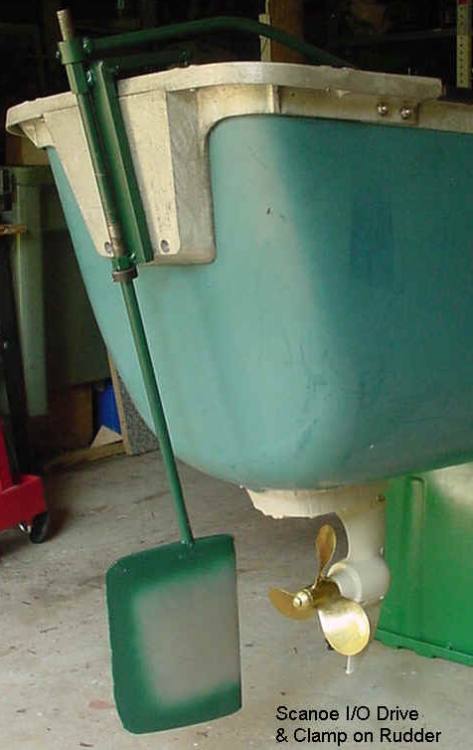 Picture 11
Coming out of the water was difficult for one person, when I could not find a helper, I would unload the fuel and water tanks, plus other ancillaries at the dock, to allow myself to roll the hull ashore. On one occasion I pulled the entire boat assembly out of the water with the car, but I had to tow it to a fairly level part of the parking lot. 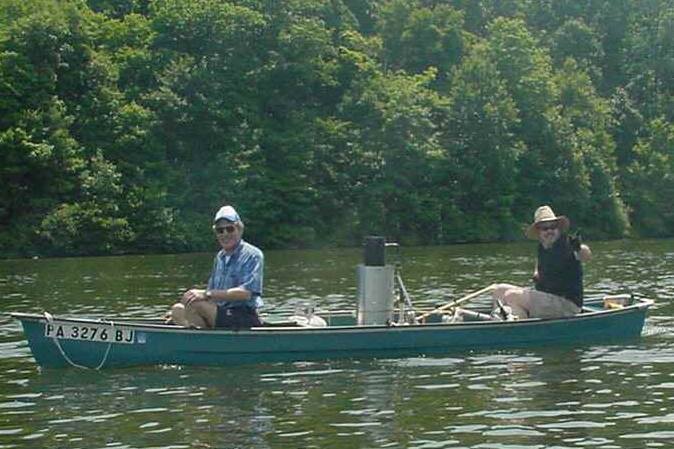 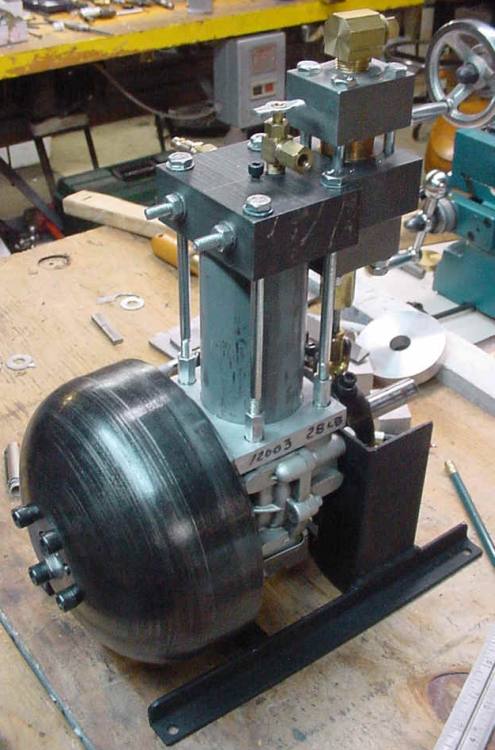 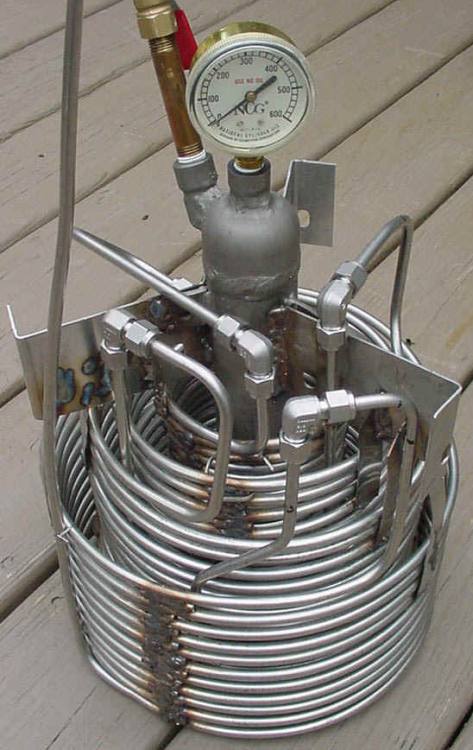 Picture 14
Here is a short MPG film of the little steamer on the lake(size = 1,4 MB, if not play direct, save with right click and "save as" and open in your media player by hand..) . All of the steamboats in our group glide silently and majestically through the water, but the little Cartop Boat sounds like a steam locomotive! This is because I had a steam exhaust into the stack, to give draft to the fire, the same as a locomotive.

If you look at the steam pressure gauge you will see that steam pressure jumps between 120 and 140 psig (8.3 to 9.6 bar) on every engine stroke. This is because there is no large steam reservoir in the system. Power control had to be by use of the propane burner control, which was entirely satisfactory, as long as the fuel source is readily controllable. The flash steam plant is not so suitable to wood or solid fuel firing. If I shutoff steam to the engine with the burner on, the safety valve (175 psig, 12 bar) would lift in a fraction of a second, blow steam and reseat. This would repeat at about 10 times a second, sounding like a machine gun. 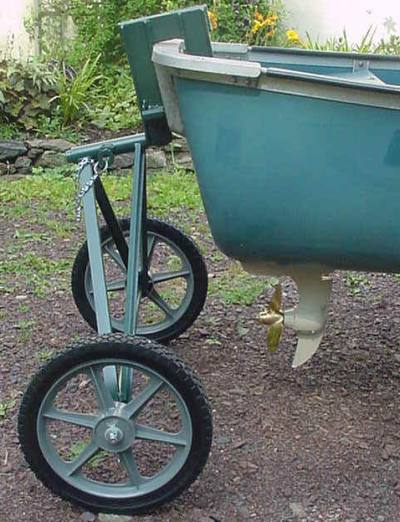